POWER OF ATTORNEY: AN EFFECTIVE CRIMINAL JUSTICE ADMINISTRATION TOOL IN NIGERIA BY NIGERIANS IN DIASPORA 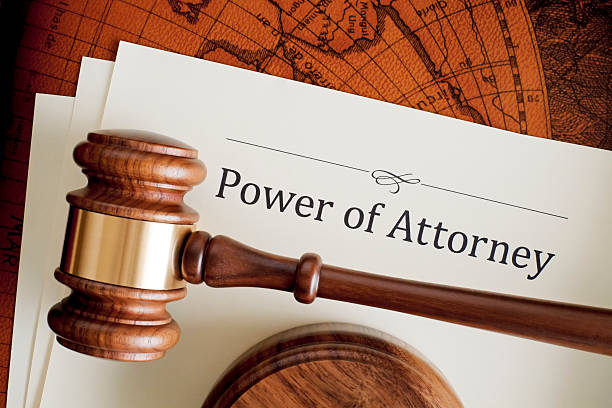 The Court of Appeal held that a power of attorney “by its very nature is an instrument by which authority of one person to act in place and stead of another as attorney in fact is set forth” (RAINE v. ODIBO & ANOR (2012) LPELR-14261). This is consistent with and flows from the legal maxim ‘Qui facit per alium, facit per se’, that is, “he who acts through another does the act himself.”

The Nigerian Court of Appeal adopted the definition of power of attorney in Blacks’ Law Dictionary (9th ed.) as “an instrument granting someone authority to act as agent or attorney in fact for the grantor” (OKPE v. UMUKORO (2013) LPELR-21999). This means that the exercise of delegation of authorities to act by one individual person (the “donor”) to another person (the “done”) must be on matters pertaining to facts and not strict criminal prosecution.

Oftentimes, the Nigerian Police Force are unwilling to prosecute a person accused of criminal behaviour by Nigerians living abroad or by persons not resident in Nigeria – this includes Nigerians whose professional responsibilities do not afford them the man-hour lost in criminal investigation and prosecution in Nigeria – because of lack of physical availability of the complainant to make statement at the Police Station as well as to give evidence in criminal proceedings.

This incongruities between what should be an effective criminal judicial system and what is obtainable in criminal investigation and criminal proceedings further harms business and personal relationships among Nigerians, residents and non-residents, thereby inadvertently confirming habitual suspicions that the Nigerian judicial system cannot ensure justice in circumstances where the complainant is resident outside Nigeria.

Is a power of attorney an effective tool in criminal investigation and prosecution in Nigeria? The basic procedural requirements for the Nigerian Police Force to commence investigation into an alleged crime is a petition and eventual written complaint rendered in person. To our mind, a specific power of attorney giving powers to a donee to act on behalf of the donor by making statement at the police station as well as to give evidence and present any documents or files in any court of law becomes a sustainable measure that ensure effective administration of criminal justice in Nigeria.

The complainant may initiate the complaints at the police station himself or his legal practitioner through a written petition, which would be customarily approved by the Nigerian Police. Upon invitation or arrest of the suspect, the Complainant may issue a valid and clearly written specific power of attorney allowing a 3rd party to do all he would have ordinarily done in the circumstance such as to issue a statement to the Nigerian Police as well as give evidence and present documents or files in any court proceedings in respect of the complaints.

It is worth clarifying that in any criminal proceedings in Court, the State or Federal Government or its respective agencies are, in strict legal sense, the Complainant and not the victim (who we will refer to as the “original complainant”). The implication of this legal understanding is that the State or the Federal Government by itself or through its agents can and should prosecute any criminal behaviour even if the original complainant is unwilling to assist.

Given the ubiquity of technology, nearly all transactions have written, audio or visual documentation. Generally, documentary evidence is not caught up by the rule of hearsay evidence – the presumption of credibility is in favour of validly documented evidence unless otherwise successfully challenged by another more credible document. This means that where the original complainant has documents whether in writing, audio or visual to establish the criminal behaviour against him, a specific power of attorney satisfies the requirement of physical attendance in Court and, the Nigerian Police, other law enforcement agents and legal practitioners should encourage its use, as well.

Where evidence relating to the criminal behaviour is not documentary evidence, Section 39 (d) of the Evidence Act, 2011 that allows hearsay evidence – that is, evidence of anyone who did not witness what he testifies to – where the original complainant cannot attend Court proceedings without an amount of delay or expense which in the circumstances of the case appears unreasonable to the Court, would enable oral accounts or evidence of the criminal behaviour.

We are inclined to think that where any original complainant being resident in abroad has complaints against a business associate or family member resident in Nigeria, the Court will consider it unreasonable expense for the original complainant to travel to Nigeria for the criminal proceeding when a power of attorney would suffice – Covid 19 related guidelines is equally helpful.

For the Nigerian criminal justice system to become effective and capable of retaining the confidence of Nigerians and the international community, a power of attorney, becomes a minimum viable tool to ensure effectual administration of justice. We note that Nigeria does not have a Power of Attorney Act unlike United States of America and the UK’s Power of Attorney Act, 1971.

We encourage, law enforcement agents and legal practitioners to recommend and utilize a power of attorney in any event that criminal investigation or proceedings is difficult to continue or commence in view of the ordinary circumstances such as residence abroad, busy schedule, inability to be physically present due to sickness or old age.