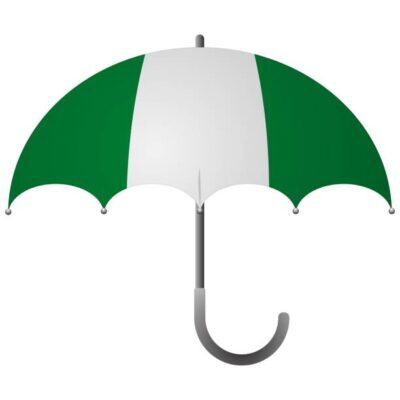 The Federal Government of Nigeria and the Minister of the Federal Capital Territory Abuja may have forgotten or abandoned their respective duties to ensure that pensions for its civil servants are reviewed every five years pursuant to s.173(3) of the 1999 Constitution of the Federal Republic of Nigeria (as amended) (the “Constitution as Amended”).

Objects of Pencom (National Pension Commission) under the PRA 2014 include regulating, supervising, and ensuring the effective administration of pension matters and retirement benefits in Nigeria.

Pencom as the pension ombudsman for the retirees of the federal civil service and the Federal Capital Territory Administration (FCTA) is responsible for the Federal Government and the FCTA’s failure to review the pension within the period stipulated under the Constitution as Amended.

All stakeholders should ensure that the pensioners are not abandoned or forgotten as State Governments in Nigeria struggles to comply with the National Minimum Wage Act 2019, which expires in 2024 – the fifth anniversary of its enactment – just as its purchasing powers becomes paltrier.

In SAIBU V. KWARA STATE POLYTECHNIC, ILORIN (2008) LPELR-4524, the Court of Appeal noted that the twin ingredients that must co-exist before employment may be said to enjoy statutory flavour are the:

Pension for the federal civil servants is a Constitutionally guaranteed and protected income under s.173(3) of the Constitution as Amended. Pension is not a taxable income.

Court of Appeal held that pension is not merely a statutory right of a retiree but the fulfillment of a constitutional promise. AJAO V. PERMANENT SECRETARY, MINISTRY OF ECONOMIC PLANNING BUDGET CIVIL SERVICE PENSIONS OFFICE & ANOR (2016) LPELR-41407.

Section 173 of the Constitution as Amended provides that the federal public servant’s rights to pension or gratuity will be regulated by law and forbids the Federal government or the FCTA to withhold or alter pensions of its civil servants to the civil servant’s disadvantage.

When TUC (trade union congress) called for the review of salaries in Nigeria, it omitted to include pensioners of federal civil service – whose pensions are swallowed up by exponential inflation rate and attendant hardships.

The Constitution and the Pension Reform Act

A pension is “designed to cushion the retiree from the hardship of life in retirement and to, also, serve as a reward for the retiree’s past meritorious service to the employer…” MARTINS & ORS V. KOLAWOLE (2011) LPELR-4475.

Pencom is yet to issue any specific regulations, directives, or rules respecting the review of pensions for federal government employees or the FCTA.  Our use of pension or pensioners means FCTA or Federal Government’s retirees.

In the Sun Newspaper report above, the TUC failed to advocate for the interest of the affected pensioners. The Nigerian Union of Pensioners appear muted on this aspect of its members’ welfare.

Pencom – eight years after the PRA 2014 commenced – is yet to perform its function of ensuring that both FCT and Federal Government PTAD comply with the Constitutional requirement of five years periodic review of pensions.

The Supreme Court of Nigeria, per the accomplished jurist Onnoghen, J.S.C., noted in CBN V. AMAO & others (2010) 15 NWLR (Pt.1219) 271 that “it is important for every organization in this country, including the CBN, to wear a human face in its treatment of the people, particularly the senior citizens, because it will be anybody’s turn tomorrow to be a senior citizen.

The Apex Court found that “we must reexamine our attitude towards the senior citizens of this country so as not to make them regret their sacrifice for the nation in whatever capacity. The respondents need not be put to the expenses of litigating this matter in the first place, let alone … to the Supreme Court”.

We submit that pension for former employees of the Federal Government or the FCTA is a fixed income for five years only and no more. It is required to be reviewed, effective, in the 5th year from the year of the last review.

By the provisions of s.173(3) of the Constitution as Amended, the FCT and Federal Government PTAD and Pencom must ensure that pension is reviewed accordingly. It is challenging to foresee pensions being reviewed downwards.

We submit that it is erroneous for anyone to hold the view that affected pensioners captured under the PRA 2014 are exempted from the five years periodic review under the Constitution as Amended.

Section 49 of the PRA 2014 provides that the FCTA and Federal Government PTAD shall cease to exist after the death of the last pensioner or employee entitled to a pension under s.5(1)(b) of the PRA 2014.

More clearly, Pencom bears the burden of ensuring the periodic review of the pension until the Constitution is amended.

Truly, a society is deemed developed or underdeveloped by how fairly or unfairly it treats the weaker members of its society. The retired Chief Justice of Nigeria, Onnoghen, J.S.C’s notable decision in CBN V. AMAO (supra) should not be the fate of the pensioners.

Pencom, in its supervisory role, should pro-actively ensure that pensions for retirees of FCTA and the federal government are progressively reviewed from the year 1999 as follows:

And the affected pensioners or their respective Estates should be paid the difference up to the current year. We admit that this is a heavy financial obligation in view of the debt profile of the present Federal Government.

Yet, it is a worthwhile burden for any serious-minded administration. We hold the view that pensioners would not be inclined to draw the last blood; they would lean towards joyfully negotiating an immediate or staggered lump sum in place of the actual difference.

Well, non-profit organizations that ELLAN, NBA-SPIDEL, and others should consider instituting public interest claims before the NICN (National Industrial Court of Nigeria) to ensure that the Federal Government and the Minister of the FCTA (federal capital territory Abuja) perform, through Pecom and the PTAD, the Constitutional duties of reviewing the pension from the year 2004.

Indeed, the Federal Government’s duty to review pensions every five years is not subject to any limitation law in Nigeria.