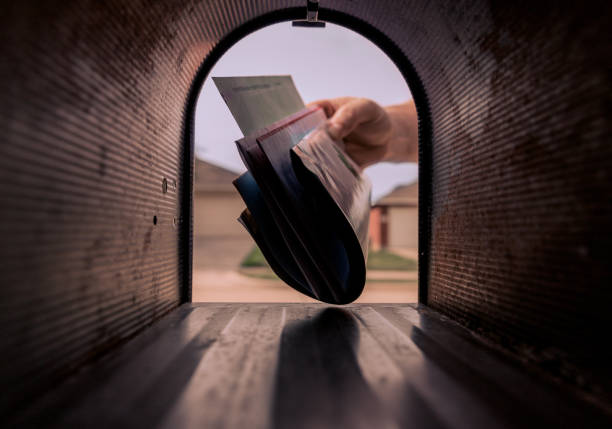 Does Nigerian Banks have a duty to oppose an unlawful post-no-debit (PND) order of a court in Nigeria. A post-no-debit order (herein referred to as “PND”) is an order of court directing and compelling a financial institution, whether a bank or mobile money operator to restrict any debits – withdrawal – of funds from a customer’s account.

Generally, a bad law does not command obedience. In fact, there is a moral and legal duty not to obey any bad law. This applies to judgment of court (whether interim or final) manifestly issued without jurisdiction.

Nigerian courts including our apex court – whose judgments bind every other courts in Nigeria except on the face of a conflicting judgment – recognize that judgments issued without jurisdiction may not be obeyed. We will return to this in a separate sub-heading below.

Some officers of Nigerian Police Force and other law enforcement agents that include ICPC (independent corrupt practices commission) and EFCC (economic and financial crime commission) either approach courts without jurisdiction in any banking matter or merely direct banks themselves to PND a customer’s bank – oftentimes without any other investigation strategies.

Access Bank in clear breach of Nigerian laws and its duties of care and good faith to its customer failed on demand for about 3 months, to lift the PND. For its actions, the Court slammed the damages on it.

JURISDICTION OF COURTS IN RESPECT OF PND

PND unarguably is not an ordinary banker-customer relationship because law enforcement agents are not banker’s customers. So, the federal high court enjoys exclusive jurisdiction on the matter.

We acknowledge that PND is generally obtained at the instance of a Nigerian or resident who bears its acquisition costs from approval of petition or obtaining of statement to mobilizing law enforcement officers to file and argue applications in court.

It could cost Nigerians or residents upward of ₦50, 000 to cause police officers within Lagos State to obtain a PND from federal high court at a duration of not less than 2 weeks.

While, those officers and Nigerians who dare to procure sham orders from magistrate courts in Ibadan, Oyo State or Abeokuta, Ogun State, including upper area court, Zuba, pay more and enjoy apparent speed.

Yet some judges of Upper Area Court, Zuba, within federal capital territory, Abuja, rustles Nigeria’s legal system by callously issuing orders on matters it does not enjoy any jurisdictions on. With its obvious consequence on judiciary’s perceptions by Nigerians and non-Nigerians.

A Judge of Upper Area Court, Zuba, issued a criminal summons against Prof. Charles Soludo under the full knowledge that it lacks jurisdiction on criminal matters.

BANK’S DUTIES OF CARE AND GOOD FAITH TO CUSTOMER

Nigerian banks and mobile money operators (“banks”) owe duties of care and good faith to its customers. We agree with Olabisi Akinkugbe that good faith is rather an incidence of the intention of parties.

According to Olabisi Akinkugbe “it has, indeed, been asserted that good faith is devoid of any precise definition. The imprecision of the good faith concept speaks more to its broad and diverse application in the law of contract, than a limitation per se.”

In Blaid Construction’s case cited above, Access Bank continued to place a PND even while the valid order of court had expired. In another instance, a mainstream commercial bank had placed a PND on a settlement account of a financial technology (fin tech) company duly regulated by Central Bank of Nigeria (CBN) as a payment facilitator.

The bank placed PND on the fin tech’s account on the order of an Upper Area Court in Zuba. When the fin tech requested the bank to forward to it the order of court to enable it approach the Nigerian police and the upper area court, the bank, initially, refused on the ground of confidentiality.

The fin tech then instructed its counsel to act on the matter, an email fight ensued between the bank and fin tech’s lawyers. Less than 24 hours after, the bank granted the fin tech’s lawyers access to the upper area court’s order that unlawfully mandated the bank to PND the settlement account and, equally lifted the PND.

When the bank in the specific instance above placed PND in the account it had breached its duties of care and good faith to the customer. The bank’s duty of good faith, in our review, required the bank to notify the customer of the pendency of the court order – especially in view of the customer’s nature of business.

In fact, Justice Inyang Ekwo of federal high court in a judgment in FHC/ABJ/CS/1635/2019 ordered banks to desist from acting on “bankers order” served on them, particularly by the police, to freeze or place a post-no-debit (PND) order on any customer’s accounts. The court found that magistrate courts do not enjoy jurisdiction on PND related issues.

We had stated above, that an incompetent order of court does not command any bank’s obedience. We found our opinion on the fact that our law allows a bank that is disobedient to a court order to approach the court to vacate such incompetent orders on grounds of lack of jurisdiction and, the court is bound to hear the bank (who ordinarily is in contempt of court).

Procedurally, the bank’s customer should approach the court otherwise the bank may recover all associated costs from the customer. In the event that a customer approaches the court itself, it is desirable to join the bank either as an applicant or a respondent.

The Supreme Court in Chief Ujile D. Ngere & another V Chief Job William Okuruket ‘XIV & others (2014) LPELR- 22883 acknowledged that parties to a suit are bound to obey court orders that are clear and unambiguous, notwithstanding the fact that the order may be wrong. So long as a party refuses to implement or obey a court order he will not be given a hearing in any subsequent application.

Qualifying the generalized principle above, the supreme court decided that (consistent with the decisions in Odogwu V Odogwu (1992) 2 NWLR (part 225) and Governor of Lagos State V Ojukwu (1986) 3 NWLR (Part 26)) that any party (bank) that is disobedient to a court order would be heard by the court, amongst others, if the bank “challenges the order on the ground of lack of jurisdiction or that the order ought not to be sustained because there were procedural irregularities in the process of making the order.”

In respect of PND orders that do not originate from the federal high court, such orders are made without jurisdiction and grossly tainted with procedural irregularities.

On the face of lack of jurisdiction and procedural irregularities in any PND order, banks are allowed and should exercise discretion in favour of a customer, especially, when the customer’s business is reasonably known to it – a KYC (know-your-customer) assumption.

Chizoba Oji, J. affirmed the decision of Suleiman Belgore, J. that upper area courts do not and cannot be reasonably held to enjoy jurisdictions in respect of criminal matters within Nigeria’s federal capital territory.

In that case, the court denounced the practice of law enforcement agents who engage in forum shopping. The upper area court’s criminal summons against Prof. Charles Soludo that was issued without jurisdiction is also rife with forum shopping giving that Charles Solude is not resident in Zuba nor did the alleged criminal actions arise therefrom.

We submit that it is unnecessary judicial rascality for judges or magistrate to assume jurisdiction in matters in which they clearly lack jurisdiction such as matters relating to PND – PND issues generally harm customers; customer’s employees, shareholders and other stakeholders where such customers are employers of labour.

We had broached above on the systemic administrative difficulties law enforcement agents encounter in respect of investigating criminal behaviours arising or relating to banking services, in Nigeria.

We recommend that all stakeholders close ranks to address these administrative and judicial bottlenecks – in fact, minimum technology available to us could help to resolve this.

The Nigerian Bar Association, or its Lagos Chapter and other interest group that include law technology companies should approach Chief Judge of federal high court to install virtual filing and hearing of any application by law enforcement agents for PND in Nigeria.

This is not difficult. The existing virtual filing window or a dedicated email address and a centralized desk at the chief or deputy registrar’s office together with a ZOOM or GOOGLE Meet hearing in chambers will assist to ensure that proceedings in respect of PND are resolved within 24 hours. A CTC of any PND order could be emailed to the police and to the Bank.

A complex option would be a 3-way communication that will include the federal high court, law enforcement agents and Nigerian banks that should include MMO’s (mobile money operators) and other fin techs.

In any case, banks are liable for any losses arising or resulting from its obedience to incompetent court orders in respect of PND. These liabilities may not be limited to direct losses but may include indirect and consequential losses.

Nigerian Courts should as well award punitive damages against Nigerian banks for its lack of care to its customer, as a deterrent – we dare to say, a detergent – against bank’s negligent attitude to its Nigerian customers.