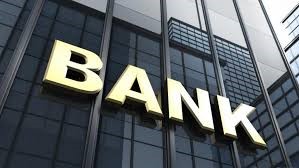 The meaning of eligible loans under BOFIA (Banking and Other Financial Institutions Act) 2020 sets a minimum threshold – with clear implications – on the definition of debt and eligible bank assets under the AMCON Act.

AMCON (Assets Management Company of Nigeria) Act 2010 and the AMCON (Amendment) Act 2015 clothed the Central Bank of Nigeria with the discretion to designate any class of bank assets as eligible bank assets through guidelines.

According to s.131 of BOFIA 2020, banking business “means the business of receiving deposits on current account, savings deposit or other similar accounts, paying or collecting cheques, drawn by or paid in by customers.”

Banking business includes the provision of finance consultancy and advisory services relating to corporate and investment matters, making or managing investments on behalf of any person, whether such businesses are conducted digitally only.

The CBN Governor may designate other businesses as banking businesses by an order published in the Gazette.

Interestingly, AMCON, in its factoring business, cannot acquire any bank assets below the minimum threshold under the BOFIA 2020.

Factoring under BOFIA 2020 means the business of acquiring debts due to another person.

We cross-examined the Constitutionality of the Special Tribunal for the Enforcement of Eligible Loans established under BOFIA 2020 here.

Eligible loan, according to s.131 of BOFIA 2020, means any credit facility, overdraft, loan, risk asset to the tune of at least 25million Naira or such other amount as may be prescribed by the Bank which repayment obligations have become due for not less than 90 days and has been designated by an instrument under the hand of the Governor as being eligible for enforcement and recovery before the Tribunal.

The meaning of eligible loans under BOFIA 2020 does not overreach the CBN’s discretionary powers under s.24 of the AMCON Act 2010.

It flows from and is consistent with the crystal wording of s.24 of the AMCON Act. S.24 of AMCON Act 2020 reads the CBN “may designate through guidelines any class of bank assets as eligible bank assets.”

It is a preliminary point of law that the Courts will employ only the ordinary meaning rule where the wordings of the document are plain – ADENIYI v. EJIGBO LOCAL GOVERNMENT (2013) LPELR-22017(CA)

The operative word “the CBN may” is modified by s.61 of BOFIA 2020 as the CBN Governor must designate any debt, not below a 25million Naira whose repayment period fell due by over 90 days, and the CBN Governor had so designated eligible for enforcement and recovery before the Tribunal.

We submit that should the existence of the Tribunal be held illegal, all reference to the Tribunal – because of its unconstitutionality and purported exclusive jurisdiction – under BOFIA would be reasonably supplanted with the High Courts.

To our mind, the meaning of eligible loans under BOFIA seems more beneficial to the public interest and Nigeria’s fledgling economy.

BOFIA 2020 does not operate retrospectively and will not affect all bank assets acquired by AMCON earlier than the year 2020.

Effectively, from 2020, any debt that lacks the basic features of eligible loans under BOFIA 2020 that AMCON has acquired would be successfully challenged as illegal.

Best practice and the principles of ethical recovery of debts render any debt or eligible bank assets AMCON has acquired outside eligible loans unlawful.