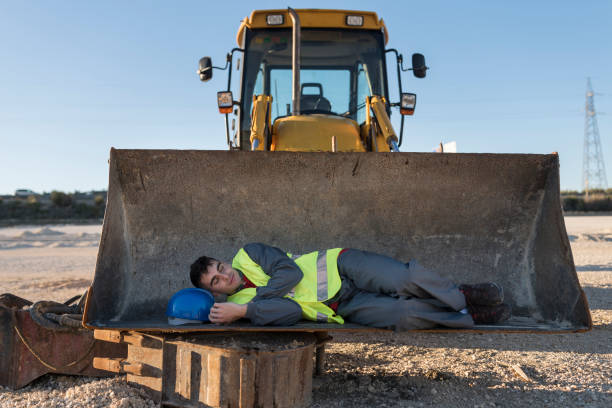 Organization for Economic Co-operation and Development (OECD) describes unemployment as when persons who are above a specified age are willing to be employed either as self-employment or employment but are not being paid to work for a referenced period.

Generally, the legal age of employment in Nigeria is 15 years subject to certain conditions in the Labour Act, 1972, and other specified provisions in certain laws applicable to different States, in Nigeria.

Since late 19th century, unemployment has been vigorously categorized in different circumstances and societies. We adopt the following combined categorization of unemployment:

Unemployment by conflict include employees’ involuntary idleness that resulted from events that include #EndSars protest, Covid-19 restrictions, workers displaced by insurgents or unlawfully-armed herdsmen, and all other political or civil unrests that prevent workers or employees (“employees”) from performing their duties. Situations that employees detest and could not avoid.

Employees’ voluntary idleness that is a frequent event in Nigeria is a type of unemployment by conflict arising from industrial dispute. Events which we reasonably believe could be avoided by employers that include governments and, employees, if employers cultivate better sense of patriotism and, social ethics, good faith, and employees are better trained on work ethics, sense of public good, social ethics, openness and accountability.

We advance the view that employees’ voluntary idleness is a consequence of the employer’s breach of implied duty to ensure optimal conditions of employment and good faith as well as employees’ workplace idle time, work culture and ethics.

Relying on effects of recent industrial strike by JUSUN (judiciary staff union) and PASAN (parliamentary staff association of Nigeria), we argue that public servants’ consequent voluntary idleness is avoidable and advance remedies on how public servants and their employers could avoid further injuries to themselves and the public.

We could not find data-driven researches on effects of involuntary idleness in work places in Nigeria’s public or private sectors. Teresa m. Amabile demonstrates that workplace idle time affects work pacing in the United States. And it costs American employers, annually, an upward of US$100 million.

Teresa m. Amabile posits that a worker who experiences frequent idle time at work may be in a near-constant state of anticipating future idle time, which could have extensive effects on an employee’s psychological state and work behaviours.

Involuntary idleness due to work place idle time among Nigeria’s public servants is nearly incessant. Generally, productivity in the public sector is below optimal and far less than what is obtained in the private sector.

Teresa m. Amabile’s researches on how idle time affects work pacing could, faultlessly, be extrapolated to the Nigerian public sector work environment. Without prejudice to many public servants who stretch themselves to serve the public.

According to Olisa Agbakoba there are 2 million public servants who are paid with over 80% of Nigeria’s national income. Overstaffing and ghost workforce results in involuntary idleness. A clear demonstration of overstaffing in public sector is the fact that over 10, 000 staff could be relieved off their duties in a given sector in a State without harming public service delivery.

Voluntary idleness results from unemployment by conflict. A temporary situation when employees become idle because of industrial strike. As indicated above, if public servants’ work conditions are intentionally made competitive and less toxic, voluntary unemployment will be reduced.

With fondest memories, we recollect how as final law students in University of Nigeria in the deanship of Prof. I. P Enemo (Mrs.), the dean had ensured in spite of ASUU strike that we graduated in time ahead of admission into Nigerian Law School. The dean and his colleagues held classes for final year law students only at University of Nigeria Teaching Hospital (UNTH) to evade the aggressively unlawful ASUU taskforce on industrial action.

Section 40 of the Constitution of the Federal republic of Nigeria, as amended (the “1999 Constitution”) allows employees, rights to freedom of association.

Article 10 of (C087) Freedom of Association and Protection of the Right to Organise Convention, 1948 (No. 87) provides that workers and employers, without distinction whatsoever, have the right to establish and, subject only to the rules of the organisation concerned, to join organisations of their own choosing without (employer’s) previous authorisation.

Article 6 of (C098) Right to Organise and Collective Bargaining Convention, 1949 (No. 98) states clearly that “this Convention does not deal with the position of public servants engaged in the administration of the State, nor shall it be construed as prejudicing their rights or status in any way.” CO87 and Co98 are conventions domesticated by the Nigerian Government and both apply fully to public servants.

In June, 2005, ASUU complained to the International Labour Organization’s Freedom of Association Committee that Nigerian “Government’s 2005 amendments to the Trade Union Act (“TUA”), adopted without proper tripartite consultation, violates established freedom of association principles on strikes, essential services and the right to organize”.

ASUU alleged that the TUA deprives employees of their right to promote their interests and to protest against social and labour consequences of the Government’s economic policy such as poverty, malnutrition and huge-scale unemployment.

Nigerian Government, after repeated delays, clarified ASUU’s allegation and admitted that “most of the issues raised in the present case will be addressed in the Collective Labour Relations Bill, which is now being finalized for enactment by the National Assembly.” – We are not aware that Nigerian Government ever signed the Collective Labour Relations Bill into law or that ASUU follow up on the claims.

Public servants reserve the rights to embark on industrial strike subject to statutory procedures that has paltry sums as fines upon being found guilty of any procedural breach. And subject to the Paragraph 556, Digest of decisions and principles of the Freedom of Association Committee, 4th edition, 1996 (the “Digest”), on minimum availability of essential service during industrial strike.

The National Industrial Court of Nigeria (“NICN”) is empowered to enforce domesticated Conventions that include the Digest and the TDA is read in conformity with the NICN Act.

Effect of Industrial Strike in Nigeria

JUSUN, ASUU, PASAN, NARD, JOHESU and other employees’ union frequently embark on industrial strike without compliance to Paragraph 556 of the Digest on minimum availability of essential services.

JUSUN strike started in complete disregard of Paragraph 556 of the Digest has not only rendered public servants in the Magistrate courts, State and federal courts voluntarily idle but Judges and Magistrates are as well voluntarily idle – in regards to their public duties.

The entire framework of the federal and state high court and, magistrate courts has been suspended – public services that are essential in nature. It is unsupportable to argue that access to justice is not an essential service.

We cannot multiply instances of how ASUU strike can directly or indirectly harm students’ lives or endanger their personal safety – we entreat sociologists, psychologists and psychiatrists to provide data-driven researches in support of or debunking our claims.

We disagree with the TheGuardian report stating that the Chief Justice of Nigeria expressed the view that JUSUN strike cannot be faulted – lack of minimum availability of essential services is an unlawful breach that governments exit to enforce and protect.

In April, 2021, The Guardian published a report on how over-crowded Nigerian prisons are becoming, criminals were emboldened, as well as apparently lame lamentations of some Nigerian lawyers.

Governments as organs of social justice and employers have to understand the public nature of their duties and discharge it with a higher standard of good faith and social consciousness. Without stepping into the validity of the executive order in respect of independence of the judiciary, we note that the Attorney-General of the federation or any other Attorneys-General of the State could have approached the Supreme Court to interpret relevant provisions of 1999 Constitution and for consequent reliefs.

Such consequent reliefs could specifically direct the accountant-general of the federation to pay the funds accrued to the Judiciary to the designated body.

Generally, the work conditions of the Nigerian public servant are a far cry from what is comparatively available to similar employees in Nigeria’s private sector. Work place idle time and its effects on work pacing are nearly unavoidable among public servants in addition to over-staffing.

Lack of employee’s motivation is rife among public servants unlike private sector where employers generally seek to reduce attrition and ensure competitiveness. Public servants who perform essential public services are not properly trained on social ethics and, work ethics or intentionally motivated.

In the public sector, employee’s appraisal system is generally absent or not enforced. We are not aware that the equivalent of labour officers of the Federal Ministry of Labour and Productivity exist in the public sector to ensure that all applicable employees’ work conditions in the civil service rules are applied to public servants.

Employees’ union may need to ensure that applicable rules have a functional and independent ombudsman better than the private sector labour officer that sees to implementation and reforms of respective civil service rules. In our view, all these give rise to recourse to industrial strike in the absence of basic updated and easily enforceable public service system.

In our view, voluntary idleness arising from industrial strike is an evil for employees lose non-pecuniary benefits of paid employment that include personal development, advancement and the humanizing effects of services well done. The society suffers the loss of productive labour that voluntarily idle employees are unable to expend.

To deny employees who have embarked on industrial strike – either lawfully or unlawfully – their remuneration is not only unlawful but a greater evil to employees and the society. Dialogue and intentional process of ensuring well motivated public servants are civilized options that governments as employers should adopt.

We think that there are just reasons for employees’ unions, civil societies, employers’ union, governments and everyone to ensure that the social evil of voluntary idleness is removed from our society so that justice and social order can ensue. We fear that until most public servants and direct employers are helped to develop better sense of justice and social ethics, voluntary idleness may not be fully addressed in our own country.