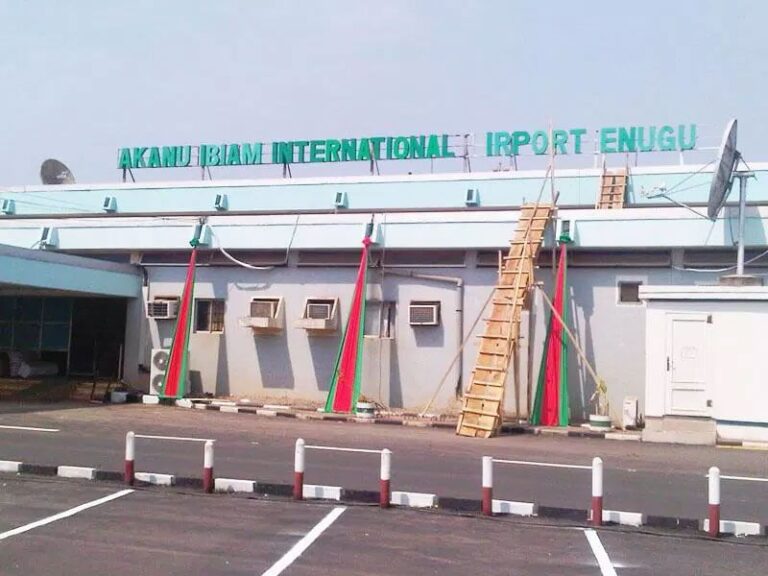 On 19th December 2019, Daily Post reported that Enugu State Government had offered free ride to any of its residents travelling through Sam Mbakwe International Cargo Airport in Owerri, Imo State (“Imo Airport”) given Federal Government’s emergency rehabilitation and reconstruction of Akanu Ibiam International Airport (Enugu Airport). It is to be noted that this is no subsidy by the Governor Ugwuanyi’s led administration but a complete undertaking with the tax payers’ money.

It would have been a subsidy if travelers, those returning to or travelling out of Enugu State were required to pay a proportion of the fare. For Christmas day, God is Good Motors’ fare per passenger is 4,000NGN from Owerri to Enugu. Enugu State Government proposes 3 trips daily from Enugu to Imo Airport and from Imo Airport to Enugu of about 106 passengers per trip, from 21:12:2019 to 04:01:2020. This 14 days’ exercise will gulp more or less 1, 272, 000NGN daily excluding cost of security patrol vans attached to each of the Buses. If the Government is sincere, on 04:01:2020, tax payers would have bled not less than 17, 808, 000NGN on the Enugu – Imo Airport corridor alone.

We will refrain from commenting on the free rides the State Government offered to its unidentifiable residents returning home for Christmas from other States – the propriety of the Government policy of free ride appears consistent with another definition of free ride. Cambridge Dictionary defines free ride as “the acceptance of your plans or ideas without having anyone question or criticize them”. Enugu State Government’s policies enjoy nothing less than a free ride which is consistent with its concept of Nrashiology.

Nrashiology is an unspoken concept regularly attributed to Governor Ugwuanyi, which allegedly is a bedrock of his policies or lack of it. Nrashiology is an Anglicized Nsukka word that could mean “let everyone benefit”, this concept, is far removed from the principle of the common good, indeed, in the Government’s sense, it is the opposite of the principle of the common good.

It is a clear fact that anyone who can afford a domestic flight ticket in Nigeria is far removed from poverty line. Should Government appropriate such people’s Christmas holidays related travel expenses for any reasons especially in these times of lamentable scare resources and abundant material needs? But for nrashiology.

The free airport ride appears to be the State Government’s mindful extension of nrashiology to the teeming middle and high income earners from the State. Given an apparent appetite for lack of accountability and openness in Governance and, Citizens’ lack of interest in holding its Governments to account, this policy somersault of the State Government may go unnoticed for what it truly is.

For the State Government to spend not less than 17, 808, 000NGN on free ride along Enugu – Imo Airport corridor alone, may appear to be an insignificant sum, besides yet unthinkingly, if it does not spend it on this, the money will be lavished on something else as well. The concept of nrashiology has permeated our mentality – there is a collective responsibility to foster a sense of the common good which is opposed to personal or ethnic or religious interests.

Eschewing nrashiology, there is no economic basis for the State Government to pay these individuals’ travel expenses arising from Christmas holidays with tax payers’ money. Anyone who flies the domestic route of Nigeria’s aviation sector is undoubtedly not poor and should not enjoy subsidy or free rides on tax payers’ expense. We are yet to read of or see any protests against this policy from these class of its residents.

Besides, how will the State Government identify its residents? We are not aware of any registry of its residents, therefore, non-residents may access this benefit. Shoddy policies leave room for corrupt practices that enable nrashiology to thrive.

Frankly, under what head of 2019 budget did the State Government appropriate the sum of about 17, 808, 000NGN that it will spend on free ride along Enugu – Imo Airport? Enugu State House of Assembly, largely peopled by the Governor’s preferred candidates ought to question this free ride policy, now that they enjoy the peoples’ mandate, as members of House of Assembly.

Finally, every well-meaning Nigerian, particularly residents of Enugu State, its community based NGOs, regional non-profits, civil societies, professional bodies, cultural entities and religious movements have to assist Enugu State Government to be more accountable and open. This will enable it to utilize its advisors and consultants, thereby, creating value chains instead of economic bubbles that will not attract any credible investors.

Osita Enwe Esq. is a managing associate at SRJ Legal Practitioners with a keen interest in Government policies.