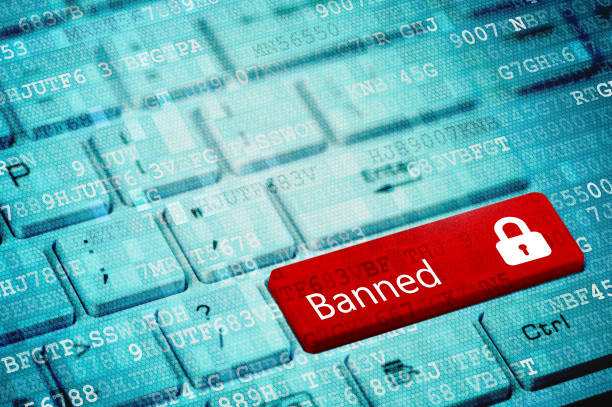 TheGuardian report of 10th June, 2021, that the Minister for Information and Culture, Mr. Lai Mohammed (the “Minister”) announced that “Twitter and other social media platforms have to register as business concerns and become subject to NBC’s regulations, bring to mind, Prof. G.O.S Amadi’s inaugural lecture on “Political Jaywalking and legal Jiggery-Pokery in the Governance of Nigeria: wherein lies the rule of law” (“Prof. Amadi’s lecture”).

The Minister had disclosed immediately after a federal executive council (“FEC”) meeting that “as part of the federal government’s new move to regulate social media, Twitter, Facebook and other social media giants doing business in Nigeria must register in the country before being allowed to operate unhindered”.

The Minister noted that he had directed the National Broadcasting Commission (“NBC”) to commence the process of licensing all OTT (over the top media) and social media operations in the country. The NBC as part of implementing the directive has also asked all broadcast stations to suspend usage of their Twitter accounts with immediate effect.

Prof. Amadi’s lecture, x-rayed with eminent expertise and political awareness, how Nigeria’s public officeholders perform their duties with general disregard for the rule of law and, how lawyers, generally, disregard ethics and good conscience in legal representations and advisory to public officeholders.

“A major, if not the sole, aim of the unwritten rules of the game in legal and political practices is simply to outsmart the opponent, but under the guise of rule of law. The behaviour of the lawyer or politician in this regard may hinge on influence peddling, ingratitude, sycophancy, tale bearing, treachery or any other vice or corrupt practice. If this behaviour would guarantee, for instance, the lawyer “winning” a case or the politician “winning” an election, then the end justifies the means. The latter’s behaviour I term political jaywalking, and the former’s behaviour I term legal jiggery-pokery”.

We are aware that a combined reading of Sections 13(2)(c) of the Companies Income Tax Act and Companies Income Tax (Significant Economic Presence) Order, 2020, require any company not resident in Nigeria that remotely carries on business activities using digital or electronic means (including satellite) to pay taxes to FIRS (federal inland revenue services) on any income from ₦25million and above.

The Attorney-General of the Federation and Minister of Justice, is the chief-legal officer of Nigeria and the FEC. We have an army of advisers to the Presidency, who claim to be specialists in their respective fields. These public officeholders underscore the number of human resources that are available to FEC to ensure that Rule of Law instead of rules of the game govern our country.

In this article, we will review the validity of the FEC’s resolution (as reported by the Minister) on social media registration and regulation in Nigeria, vis-à-vis NBC’s legislation and taxation under the Rule of Law.

Rule of Law versus the rules of the game

In Prof. Amadi’s lecture, the deceased professor of law, University of Nigeria, in year 2011, noted that political jaywalking is a figurative expression he coined from the word jaywalker’. Jaywalking means ‘walk in or across a road without regard for approaching traffic”. He extrapolated that public officerholders who administer their duties without concern for rule of law are political jaywalkers.

Rule of Law, which the Attorney-General of the Federation and the President believe in, according to Pro. G. O. S. Amadi is “a principle, indeed a philosophy that makes sense of law, gives law its dignity and enables law to earn societal respect. The rule of law is the in-frangible cord that connects all wings of law, giving meaning to all laws in any political authority. The rule of law simply says that laws should be obeyed by everyone – the ruler and the ruled. It is this obedience that gives life a meaning. Life begets society, and if life is meaningless because of absence of the rule of law, then we may have an anarchic society”.

The Minister and the Rule of Law

Section 6 of the NBC Act, provides that “subject to the provisions of this Act, the Minister may give the Commission directives of a general character relating generally to particular matters with regard to the exercize by the Commission of its functions under this Act and it shall be the duty of the Commission to comply with such directives”.

The Commission means national broadcasting commission. Section 2 of the NBC Act, provides for the powers – functions – of NBC. We find nothing in the entire NBC Act, that could reasonably be stretched to mean that the law makers intended NBC to regulate social media platforms in Nigeria.

It is manifest in the wording of the NBC Act that it does not apply to social media platforms or companies that own social media. Sections 9 (powers of NBC to grant licence); 11 (method of applying for licence; 13 (powers of NBC in respect of licence) and; 15 (radio and television licence) of the NBC Act, together with the NBC Act’s definition of station as “a place or organisation established for the purpose of distribution of radio or television programmes to the public through wireless or cable means” cannot be extended to apply to social media platforms.

NBC regulates broadcasting in Nigeria. The NBC Act did not define broadcasting. The law makers intended its ordinary meaning to apply. Oxford Advance Learner’s dictionary (9th edition) defines broadcasting as the “business of making and sending out radio and television programmes (example, the BBC)”.

Assuming that NBC Act could be safely extended to apply to social media platforms, we note that the Minister does not have the powers, under Section 9 of the NBC Act, to mandate NBC to begin licencing of Social Media platforms in Nigeria.

In our view, the Minister has to exercize its powers under the NBC Act, in a sequenced and graduated manner, that is:

(a) the directives must be of a general character;

(b) relating generally to particular matters; and

Clauses (a) – (c) above must concurrently exist for NBC to enjoy the duty to comply with the Minister’s directives – that is not the case in the social media registration.

We note that the Minister and FEC, on the matter of social media regulations, that results in suppression of free speech, ostensibly, operate under the rules of the game and not the Rule of Law. Under the Rule of Law, NBC should not obey the Minister’s directives for what it is, a sham.

Television and radio houses in Nigeria as well as lawyers should challenge NBC’s directives (under the rules of the strongman) to the broadcast stations to deactivate their respective Twitter handles – NBC lacks any such powers under its enabling legislation.

Registration and taxation of Social Media Companies in Nigeria

We had noted above the number of human and material resources available to FEC and the Minister, to enable them administer our commonwealth under the Rule of Law and not the rules of the game.

Governments in Nigeria have to imbibe the culture of seeking professional advice (consultancy) from independent experts on sensitive national issues.

We hope that after the anniversary of SEP that FEC will utilize SEP to generate significant taxes from commercial activities of CNN; Facebook; Twitter. LinkedIn; YouTube; Google; ZOOM, Instagram and others, within Nigeria’s digital space.

The SEP framework is consistent with the federal government’s drive to attract foreign investment into Nigeria as opposed to the policy of needlessly mandating foreign entities to register in Nigeria. If FEC governs Nigeria in accordance with the Rule of Law and not the rules of the game, foreign investment will freely flow into Nigeria and, governments and Nigerians will benefit.

We note that the Minister’s conducts are within the rules of the game and not Rule of Law. This began when Twitter deleted the President’s tweet. Rule of Law commands the President and FEC to prudently initiate action in a Court of Law against Twitter on the subject.

Rule of Law enjoins the President just like every other Nigerian that had suffered – imagined or real – actionable wrongs to patiently wait until the judiciary staff unions called off industrial strike to to assert its claims against Twitter. Rather than the knee-jerk approach of attempting to ban Twitter from Nigeria’s digital space over a deleted tweet, and afterwards scampering to justify it on national security or national interest.

Rule of Law is the assurance and the solution to every Nigerian problem. We dare to say, that all insecurities, corruptions, crimes, and social injustices thrive and is exacerbated by the governments’ perceived lack of obedience to Rule of Law.

The President may not be aware that from 29th May, 2015, until he constituted the first FEC, Nigerians (in private and public sectors), generally, were more careful with their duties and corrupt practices reduced because they did not understand the “new President’s body language”. We may dare to express the view, that the wind has blown and they have all seen the ageing african hen’s droppings-stained anus and the rest is the rules of the game.

We urge the President and FEC, in the words of Prof. Amadi (blessed memory) to understand that “in a society where the end tends to justify the means, a warped interpretation of the law in the guise of the rule of law becomes an article of faith. One can, therefore, imagine a scenario where political jaywalking combines with legal jiggery-pokery in the governance of a state. … a regrettable combination that has weakened our institutions, resulting in the springing up of strongmen in our polity”.