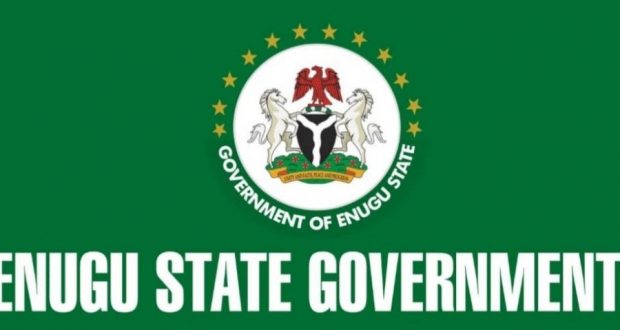 Following Nigerian Federal Government’s “National Information and Communication Technology Policy of June 2012” with the goal of providing a framework for streamlining the ICT sector, and to enhance its ability to catalyze and sustain socio-economic development critical to Nigeria’s vision of becoming a top 20 economy by the year 2020, next calendar year anyway, Enugu State Government commendably articulated its Information and Technology Policy and Strategic Action Plan in September 2013 (the “Policy”).

The Policy in its preamble acknowledged that “primary function of government is to provide citizens with information and services necessary to maintain a high quality of life”. The policy is hinged on access to broadband presence across the State, universal access to ICT services to all residents at affordable prices, economic growth through ICT aimed at residents’ wellbeing and, to significantly increase the number of Enugu residents that own computers.

The policy acknowledges that “public administrative agencies are currently facing challenges such as tight budgets, the need for improving service quality and cutting costs, and to ensure confidence in the legal system”. These challenges which the Policy identified in 2013 appears more present today with the growing opportunities to develop the State’s economy riding on technological innovations.

The Policy established ENUGU STATE INFORMATION AND COMMUNICATION TECHNOLOGY DEVELOPMENT AGENCY (“ESICTDA”) which had the responsibility of implementing the Policy. Even as it remains curious that ESICTDA may be established by a policy rather than an enabling law, ESICTDA, appears dead on arrival as it has no internet footprint or physical presence anywhere in the State.

According to National Bureau of Statistics, total number of active internet subscription in the State in 2nd quarter of 2019 is 2, 482, 819 – we should assume that these include MDGAs, Banks, University communities and major corporate bodies within the State. There is no clear data on internet penetration in the villages and rural communities in the State, a role which the ESICTDA would have gainfully developed.

The objectives of the Policy include to:
a) develop policies and enact laws which will ensure sustainable development of ICT sector in the State;
b) to prevent occurrence of multiple regulation in the ICT sector;
c) to enact appropriate legislation to ensure protection of physical ICT infrastructure and to address cyber security

The policy claims to strategically monitor implementation of laws and policies (with proactive amendments) to ensure that they remain relevant and are able to respond to contemporary challenges in the ICT sector. It sought to subsidize infrastructure deployment including broadband by utilizing infrastructure such as post offices and, schools to extend access to internet or broadband services. Lack of Government’s support for ESICTDA and, its outright relegation to a mere paper work is a grave ruin to the people of the State and a policy somersault by the Government.

The Policy anticipated “wide use of e-services for all population groups including in remote and underserved groups” with a clear goal of providing ‘personal computers in public places such as public libraries and, schools to help low income segments gain access to ICT services’, in addition, to ‘facilitate low cost, individual ownership of computers for every resident.”

Oboyerulu Agboje Et al. State of Fiber Optic Networks for Internet Broadband Penetration in Nigeria – A Review (International Journal of Optoelectronic Engineering) argues that “there is a wide spread of fiber optic deployment in Nigeria for the core and backbone networks to provide Internet broadband connectivity’. Nigeria, according to Agboje Et al., in 2017 had ‘five Submarine fiber optics cable networks connecting the country to the world with Internet broadband capacity of over 27Tbps (terra byte per second). However, Internet broadband penetration at subscriber’s levels is still very low and majority of the fiber optic networks in the country are concentrated in the urban areas. More so, the private telecommunications companies deploying mobile services are the ones with the highest numbers of fiber optic deployment in the country”.

Had the Government demonstrated commitment in faithfully implementing the Policy, armed with ESCITDA, which is, first of its kind from that tier of Government in Nigeria, it would have deepened ICT development in the State by fostering incubation hubs through public-private partnerships. The State is fertile for technology incubation given presence of many higher institutions in the State. – Yaba, Lagos, houses more technology hubs because Students are ready workforce for tech startups and, they prove themselves willing to work.

ESCITDA would have driven technology innovations thereby increasing the State’s revenue base from withholding taxes, personal income taxes, companies’ income taxes, VAT, licencing fees amongst others, from services generated by the Policy. E-learning would have been standardized and heavily promoted given the Policy’s public-private partnership dispositions.

It is not yet too late in the day, for the Government to make a turnaround, by implementing the Policy with a clearer aim at growing a pipeline of technology experts and startups by targeting students and pupils. ESCITDA has the duty to foster a social value of computer programming and coding. – There are coding activities for students and pupils in the Lagos State Libraries.

Commendably, the State Government on 06:12:2019, according to PM News Nigeria, resolved to make education in the state more relevant to learners and up to date, by equipping over 230 of the 292 government secondary schools in the state with ICT laboratories, in order to promote computer literacy among students. This is contrariwise, in our view, given that ESCITDA has become moribund.

ESCITDA strategies include to enact laws that will promote growth of ICT sector in the state; support development of sectorial policies that will guide operations in specific areas of ICT; monitor implementation of laws and policies and any revisions to ensure that they remain relevant and are able to respond to contemporary challenges in the ICT sector.

The cost of fiber optics, the best form of broadband service, is high. The South-East Governors’ Forum should articulate policies aimed at developing ICT in South-East of Nigeria – the ingenuity or rather disingenuity displayed by Yahoo or Yahoo plus (internet related fraudsters) are perennial calls to State Governments to harvest a bursting pipeline of computer Programmers or Coders within the Region.

The South-East Governors’ Forum are sufficiently equipped to solve what in the views of O. Agboje Et al. are the challenges of fiber optic deployment in Nigeria. They advanced the following as core challenges bedeviling broadband penetration:
i) Right of Way (RoW) issues: Administrative procedures involved in RoW procurement are cumbersome and expensive. Most times this results to multiple taxation from the Federal, State and Local Government
ii) Unplanned Towns and Cities: When roads are being constructed, telecommunication facilities and other facilities are not put into consideration. The existing infrastructures are often destroyed due to poor documentation, and new ones may not be installed after the road has been completed
iii) Poor Infrastructure Sharing: Every ISP or Telecommunication Company wants to put their own infrastructure in place. For example, there are over four different companies that laid fiber optic from Lagos to Abuja following almost the same route. They could not share due unfavorable government policies. The government gave individual license for the right of way
iv) Security Challenges and Vandalism: Sabotage and vandalism tend to discourage fiber optic expansion in the country, although vandalism is less in fiber optic than metallic cables
v) Low Government Participation: Government involvement in putting fiber optic infrastructure has been very low generally in all the states of the country.

The Policy envisaged that an “increasing flood of data, new tasks and heterogeneous system landscapes which have grown over a period of years have to be mastered”, every stakeholder including indigenous businessmen have to prevail on the State Government to revive the ESCITDA which will implement the Policy (including any amendment) at a gigahertz speed in order to recover lost grounds resulting from its neglect and suspension.

Academic Institutions, especially the Enugu State University of Science and technology, Institute of Management and Technology and, Enugu State College of Education Technical have to look beyond departmental and faculty politicking and government patronage by fostering innovations among students and showcasing ICT related innovations to investors and industry leaders including engendering public debates on the subject.