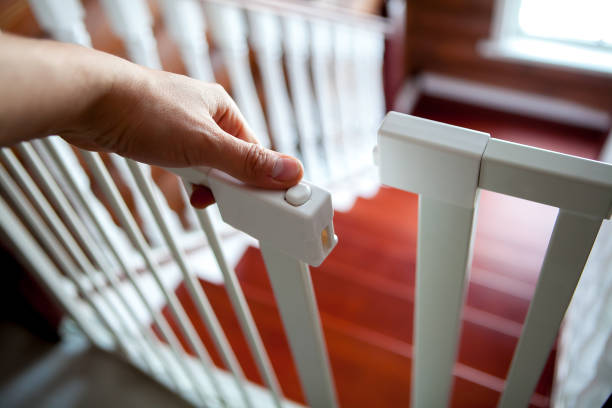 In the 7th January 2022 decision, Nigeria’s Supreme Court affirmed the procedural steps that Counsel who seeks to sign any originating processes to be used in any jurisdiction must diligently lock-in, otherwise the originating process will be treated as incurably defective.

The apex court in Skypower Express Airways Limited v. United Bank for Africa Plc & another (2022) LPELR-56590 stated that the law in respect of lock-in steps for signing of originating process by a Counsel in Nigeria is firmly settled.

The unintentional practice of law firms settling briefs or signing originating process in appellate or trial courts are consequences of the narrowing or if you like, the widening gap between law in practice and substantive law in legal practice in Nigeria.

In spite of the clear provisions of Legal Practitioners Act (“LPA”) that require Counsel to sign an originating process or settle briefs unless the litigant is representing itself.

Law firm is not named by the LPA among persons qualified to be admitted to the Nigerian Bar or qualified to practice law in Nigeria.

The apparent gap between law in practice and substantive laws in Nigeria are specific questions of ethics, compliance and enforcement. Each professional bridges the gap to the extent it recognizes that the first beneficiary of ethical conduct is the person who acts ethically.

In the mind of the apex court, the law relating to signing of originating process is now firmly settled beyond arguments, and …an originating Court process employed or used to invoke a Court’s jurisdiction over an action or matter which was signed in the name of a Law Firm is incurably incompetent and incapable of igniting or invoking the requisite jurisdiction of the Court to entertain the action or matter.

The apex court invoked and relied on its previous principles expressed decidedly in Okafor v. Nweke (2007) 10 NWLR (Pt. 1043); and SLB Consortium v. NNPC (2011) 9 NWLR (Pt. 1252) that once a Court process is signed in the name of Law Firm and the person whose signature was appended cannot be identified to be a legal practitioner entitled to practice law by virtue of the provisions of ss.2(1) and 24 of the LPA, such process is incurable incompetent.

The import of the decisions is that non-compliance with the provisions of ss.2(1) and 24 of the LPA, as a matter of substantive law, affects and deprives a Court of the jurisdiction to entertain and adjudicate over such a court process, as an initiating process, which is therefore liable to be struck out. Obi v. INEC (2007) 7 SC, 268.

The apex court in Skypower Express Airways Limited v. UBA (supra) adopted the definition of the word signature in Black’s Law Dictionary (9th Ed.) as a person’s name or mark written by that person or at the person’s direction.

A signature may be any symbol made or adopted with an intention, actual or apparent, to authenticate the writing as that of the person who signs. The word sign is also defined as to identify (a record) by means of a signature, mark, or other symbols with the intent to authenticate it as an act or agreement of the person identifying it.

In Skypower Express Airways Limited v. UBA (supra) the supreme court held that the question whether a Court process filed in Court was signed in the name of an identifiable person or in the name of a law firm is and can easily be determined by a physical view, close look and consideration of the process itself by the Court.

Following its earlier decision in SLB Consortium Ltd. v. NNPC that once it cannot be said who signed a process, it is incurably bad, and rules of Court that seem to provide a remedy are of no use as a rule cannot override the requirements of the LPA.

The procedural steps required are:

Any Court process not signed by a legal practitioner representing a party as specifically stated and in the specified manner, is not a court process signed in accordance with or recognized by law since it will not be a process signed by an identifiable person who could be attributed with the competence to sign same.

The apex court stated that the requirement for the name of the Legal Practitioner to be given, is necessary and important. The procedure is the name together with the signature of counsel. A signature without the name is incurably bad.

In Peak Merchant Bank Limited v. Nigeria Deposit Insurance Corporation (2011) 12 NWLR (pt. 1261) the supreme court held that any person signing processes on behalf of a principal partner in the chambers must state his name and designation to show that he is a legal practitioner whose name is ascertainable in the roll of registered legal practitioners. This is to avoid a situation where a clerk, messenger or secretary would sign processes filed in Court on behalf of principal partners in the chambers.

The apex court rightly stated that it “wish to repeat that we are interpreting a law which seeks to make legal practitioners responsible and accountable more especially in modern times that we are presently operating’.

‘There is no technicality in insisting that a legal practitioner should abide by the dictates of the law in signing Court processes. The decision in Okafor v. Nweke is not in any respect wrong in law and I cannot trace the issue to the domain of public policy. The convenience of counsel should have no pre-eminence over the dictate of the law”.

Nigerian Counsel should each endeavour to bridge in himself the human divide between knowing and doing while law firms must imbed ethics in its systems and culture. This is the role of the lawyer or law firm who approaches the 3rd decade of 21st century Nigeria with competence driven by ethics and available technology.