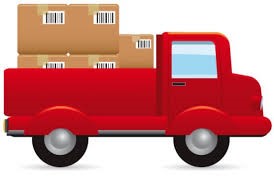 Road transport services facilitate and help to maintain an economic balance through the distribution of resources (such as labour, equipment and raw materials) and finished goods across the country, these are the assertion of Edith A. Olamigoke & Adebayo A. Emmanuel on the Role of Road Transportation in Local Economic Development: A Focus on Nigeria Transportation System.

Mallon, R.D. on transport and economic development, argues that transportation has an important role to play not only in serving the productive sectors such as agriculture and industries but also in bringing about economic growth. He points out that it was no coincidence that the period of intensive railway construction in Britain, the USA, Pre-Soviet Russian, Italy and other countries were also their periods of most rapid economic development.

Land transportation in Nigeria is largely unregulated and underutilized, so is freight forwarding or transportation otherwise known as carriage of goods by courier services, which is regulated by Nigerian Postal Services (NIPOST), who is also a marginal player in the courier services sector. NIPOST’s regulatory roles in this sector is apparently limited to collecting exorbitant revenues – costs – for registering courier services companies in Nigeria. We are not aware of its efforts to develop the sector beyond revenue collection.

There are heart-rending stories of loss of travel time resulting from nearly unmotorable road network, ubiquitous militarized road checkpoints and attendant inhumane treatments to motorists and passengers, commercial drivers’ unwillingness to proceed on duly paid-for journey mid-way into the journey or incidences of misplaced or lost luggage or outright refusal to proceed to Port-Harcourt on arrival at Aba on the pretense that it is already late and the journey will be completed the following day not considering each passenger’s schedule or delivery time for couriered goods.

Briefly, Ms. Omotoye’s case against A.B.C transport (“ABC”) was that she on 28:07:2000 made a trip from Port-Harcourt to Lagos in one of ABC’s buses alongside some goods she purchased in Lagos for supplies to her customer in Port-Harcourt. She paid separately her fares and costs of couriered goods to Port-Harcourt which was damaged because ABC mid-way into the journey, negligently placed her goods in its malfunctioned luggage compartment where heat from the engine of its bus damaged the goods.

At ABC’s Owerri terminal, a disembarked passenger complained that her goods were affected by the heat in one of the luggage compartments. Ms. Omotoye’s goods had to be taken down to allow the passengers disembarking at Owerri to retrieve their luggage before they were loaded for the journey to Port-Harcourt. Ms. Omotoye had asked ABC’s bus attendant at its Owerri terminal, before they resumed their journey if her goods were returned safely to the carriage compartment where the goods were kept from Lagos and the bus conductor had said yes, this turned out to be false. At ABC’s Port-Harcourt terminal, she discovered that her goods had been damaged by the heat from the malfunctioned luggage compartment and, she complained to ABC’s terminal manager who asked her to fill a claims form.

When ABC failed to honour her claims form after her meetings with ABC’s manager in Port-Harcourt, she courageously sued ABC for N1, 121, 700 as cost of goods ABC had negligently damaged given that her Customer had rejected the goods.

The trial Court – the High Court – dismissed her claim when the Court relied on limitation of liability clause in her passenger’s ticket as against the freight receipt which contained no clause limiting ABC’s liabilities.

ABC promptly appealed to the Supreme Court who upheld the Court of Appeal’s decision and also awarded cost of N500, 000.00 against ABC for filling an appeal that lacked any merits. – Perhaps the Supreme Court of Nigeria should replicate its generosity in costs awarded against All Progressives Congress’ (APC) counsels in electoral petitions in ordinary civil summons given the value of lost time and hardships that results from frivolous appeals.

The Supreme Court’s judgment amply clarifies the position of Nigerian laws on freight of goods by land and, significantly provide framework for liabilities of commercial motor vehicle operators or companies to any breach of obligations to their customers.

It is traditional for road transporters to insert in passengers’ tickets the general clause “goods are not inspected and carried at the sole risk of passengers”. These general disclaimer of liabilities by commercial motor vehicle companies may be insufficient to fully deny liabilities that may arise from any breach of its obligations given that these goods are paid for even though in certain circumstances, they are un-receipted, which is an industry-wide practice.

We acknowledge that parties are bound by their terms of contract and if any disputes arise in respect to the contract, the terms in any documents which constitute the contract, are invariably the guide to its interpretation, but Courts may be more easily persuaded to apply different cannon of interpretations to standard term contracts relating to essential services. Nigerian Courts may categorize land transportation either of goods or persons as essential service in Nigerian given near absence of any other means of transportation of goods or passengers.

We hold the view that irrespective of any limitation of liability clause in passengers’ ticket, a passenger may as well recover damages for certain types of losses it may suffer as a result of a transport company’s negligent breach of obligations. Any damage to couriered goods, on the decision of the Supreme Court in ABC (Transport Company) Ltd v. Ms. Omotoye (supra) are generally recoverable.

The Supreme Court noted – in a wider sense – following its previous decisions that wherever goods belonging to one person are unconditionally entrusted to the care of another person for safe keeping or for other purposes, whether gratuitously or for reward, on the clear understanding that the goods in question shall ultimately be returned or delivered to the owner, failure to return or deliver the said goods as agreed upon raises a presumption of negligence against the defaulting party.

Nigerian Courts take very seriously the duty of the one making claims to prove the above named ingredients and any failure to plead or prove all pleaded particulars of negligence is fatal to any claims. – The habit of retaining one’s tickets or receipts after any events are valid process that should be reasonably maintained by individuals including corporate bodies

Should a passenger in land transportation or consignee of goods to be delivered through land transportation be confronted with reasonable damages to goods or other breaches, business prudence will require collecting pictorial evidence, where applicable. In our view, Google Map timeline which shows location histories for android handheld devices could be handy circumstantial electronic evidence in the event that a passenger’s ticket is lost. This also applies to SIM locations of any registered SIM card which could be obtained from telecommunication network service provider.

The Supreme Court’s decision in A.B.C (Transport Company) Ltd v. Ms. Omotoye (supra) has enriched our jurisprudence in respect of damages resulting from land transportation of goods or general breach of contract to transport goods by land, thanks to the tenacity and business prudence of Ms. Omotoye, which is unusual in our business environment. The cost in her intangible resources and time is 19 years of faithful hope in the wheel of Nigeria’s judiciary, which oftentimes grind in less than a snail’s speed.

Now, trial Courts, can always rely on these principle to mete out justice to persons who may approach it for any redress arising from breach of contract to transport goods in Nigeria. Judges made laws benefit legal advisers more, given that they can confidently evaluate any outcome of a Client’s disputed transaction which include the reasonable belief that its client’s disputed transaction could be distinguished from an apparently applicable judgment as well as the probability that the Court may vacate its decision on the subject matter.