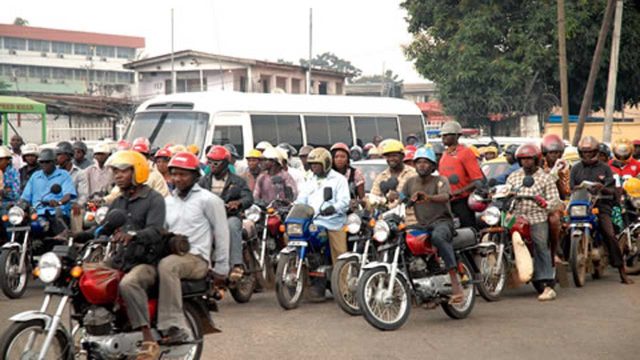 With his security aid, Ayo Fayose, the former Governor of Ekiti State, once rode on a commercial motorcycle in Lagos State. Some other persons who patronize Lagos Commercial motorcycles may be less inclined to publicize how often they commute on Okada. Maybe it is a regular commute for such Lagos residents or visitors that it is not worth to be shared on social media.

Indeed, when GoKada and other commercial bike hailing companies began in 2017, Lagos residents celebrated their services as safe, effective, seamless and compliant.

An employee who forgot an item at home could use a smartphone to hail a commercial bike, return home to retrieve the object and resume work on time. Notwithstanding the Lagos traffic, thanks to technology-driven services.

“As many sweaty commuters waited at the bus stations for unavailable taxis and buses on Monday, the commuters wondered why the government did not provide alternative transportation before placing the ban”.

The Lagos State government, on 18th May 2022, banned or rather began enforcing the ban on the commercial motorcycles in named areas of the State and on specific road corridors.

The Governor has assured the residents that from 1st June 2022, commercial bikes will no longer operate in named six local government councils in Lagos State. A commercial motorcycle could prove a good utility anywhere in Lagos with all its risks.

Investopedia describes entry barriers as an economics and business term indicating factors that can prevent or impede newcomers into a market or industry sector and limit competition.

Generally, such entry barriers include start-up costs, regulatory bottlenecks, lack of free movement of services or goods and other obstacles that include touts or agberos.

The low entry costs in the Okada business enable willing and hardworking young persons to save money to buy a motorcycle. Or to enter into a motorcycle hire arrangement with hirers ranging from homemakers to business owners or employees.

What you see is not what you get. The lack of basic financial skills and undignified living conditions renders the Okada business highly profitable.

Generally, operators do not keep books. Maintenance and services costs or running costs are unrecorded. Living conditions are sub-human with unpredictable health conditions in the short or long term.

Operators can barely keep track of money or levies that tout or agberos, and some law enforcement agents extort them.

In some areas in Lagos State, law enforcement agents mount roadblocks and ensure the officers on each roadblock enjoy an hourly reschedule. We do not think that this constant replacement at the roadblocks is not intentional.

We noted above that Lagos State Government banned commercial motorcycles from operating on named road corridors and designated areas in Lagos. Between 2017 and 2018, the Lagos State government began to regulate commercial bike hailing services.

Covid 19 disrupted the Government’s enforcement of the ban. Following the #EndSars protest in 2020, aggrieved and emboldened Lagos residents resumed Okada and commercial tricycle (Keke or Maruwa) services. – The Government went into a silent mood.

In May 2022, the Lagos State government reintroduced and emphasized a ban on Okada. The Government is not enforcing the prohibition on Keke or Maruwa, at this time.

Notwithstanding, a new professional career is emerging within the Lagos State transportation sector. The young men on Lagos roads who energetically collect tolls from Danfo drivers and Okada or Keke riders are confident that they will climb the society’s social and political ladder even though they offer no apparent services to the community.

Okada riders in Lagos State are at the mercy of agberos and the fragmented unions that are not accountable to its perceived members but enjoy protections from the overlords. The Government fears that these groups could make the State ungovernable.

We submit that the free movement of goods and services is shallow in some regions of Nigeria. As the Federal Government of Nigeria continues to sign, suspend and approve the AfCFTA (African Continental Free Trade Area).

Unless Okada riders pay fines or tolls, they enjoy restricted movement within the Lagos government councils, where Okada is a lawful enterprise.

These tolls could be up to 1800NGN daily – untaxed revenues or tax-exempted revenues.

National Bureau of Statistics (NBS) reported that Lagos residents spent N830 billion eating out in 2019 – outdoor catering services for parties are included. This estimation may have tripled in the year 2021.

The potential growth in the online food sales and its logistics and distribution sector are good signs that the market is significant.

Can the government of Lagos State government properly regulate Okada and Keke? We submit that the primary causes of traffic congestion or hold-ups along the inner roads of Lagos are commercial activities on the road kerbs and along the roadsides or streets and lanes.

Those who trade on the kerbs or roadside and along a lane pay levies to local government authorities and the Iya loja’s. At the popular underbridge in Ikeja (computer village) or at Ago roundabout, at Okota, Keke terminal is along a lane of the 2-carriage way. LASTMA officials who seem to enjoy a mouthful look on with askance as traffic congestions sometimes stretch up to a kilometre.

In 2021, the volume of vehicles imported into Nigeria stood at about USD3 billion. An inefficient public transportation system heightens the natural desire for cars. The average household, depending on its itinerary, owns two vehicles.

Okada appears very useful along the Orile-Constain-CMS route, Okada. Similarly, from Mile 2-Festac-Alaba down to Badagry, Okada is an instrumental means of transportation.

Does a prohibitionist mentality look like a quick fix? It may yield immediate benefits but hardly does it serve a long-term good. The supporting infrastructure for efficient public transportation in Lagos State is deficient.

An open government must respectfully and proactively seek to improve transport infrastructure, and unsafe means of transportation would reasonably disappear.

At SRJ, we anticipated this need to structure the online outdoor catering services. We now have a transportation & logistics law practice that supports digital consumers, business owners or operators and regulators, in readiness.