CROSS SUBSIDY REGIME UNDER THE ELECTRIC POWER SECTOR REFORM ACT AND THE BURDEN OF IMPLEMENTATION. 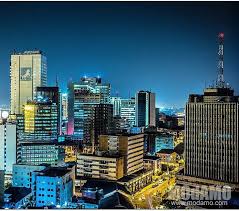 The Interpretation section of the Electric Power Sector Reform Act 2004 (the Act) in Section 100 subsection 1 defines cross subsidy as the subsidization of one class or group of consumers by another class or group of consumers, and the Commission means the Nigerian Electricity Regulatory Commission (NERC). Section 83(1) of the Act requires NERC to set up and administer the Power Consumer Assistance Fund (the Fund) to be used for the purposes specified in Section 83 (4) of the Act. Section 83(4) of the Act provides that the Fund shall be used to subsidize underprivileged power consumer as specified by the Minister.

NERC, under Section 83(2) of the Act shall keep and manage the money and assets of the Fund and shall handle the procedures for disbursement from the Fund while Section 83(3) of the Act provides that the Fund shall consist of the following capital and assets:
a. The contributions delivered under Section 85 of the Act; and
b. Any subsidies received from the federal Government of Nigeria as appropriated by the National Assembly.

NERC are the regulators of electricity tariff, Section 76(1) of the Act makes activities such as generation and trading, transmission distribution and system operation in respect of which license are required pursuant to the Act subject to tariff regulation – Section 62(2) of the Act allows a person to construct, own or operate an undertaking for generating 1 megawatt in aggregate in a site or an undertaking for distribution of electricity with a capacity not exceeding 100 megawatt in aggregate at a site, or such other capacity as NERC may determine from time to time, without a license.

Section 76(2) of the Act provides that prices for the activities referred to in Section 76 (1) of the Act shall be regulated according to one or more methodologies adopted by the commission for regulating electricity prices and such tariffs methodologies shall include avoiding undue discrimination between consumers and consumers categories, and to phase out or substantially reduce cross subsidies, therefore, it appears that the provisions of Section 76(2) of the Act on phasing out of cross subsidy makes the continued operation of the Fund during the life of the Act doubtful.

Section 76 (5) of the Act apparently excludes questions of fundamental rights against discrimination that may arise under Section 76 (2) above by allowing NERC in establishing methodologies to differentiate among consumers on the basis of differences in total consumption, time periods on which electricity is consumed, load factors, location within the country and other such criteria as may affect cost of providing a service, and may allow a lifeline tariff for such consumers. Lifeline tariff is defined in Section 100(1) of the Act as a tariff set by NERC with prices that incorporate cross subsidies under Section 76 (5).

NERC under Section 84 of the Act is to set rates of contribution to be sent by designated customers to the Fund and the subsidies to be disbursed from the Fund in accordance with policy directives issued by the Minister taking into consideration the impact of such rates on eligible customers and consumers who have to assume the burden of such contributions. Further, Section 85(2) of the Act requires eligible customers to pay their contributions directly to NERC while consumers pay to their distribution licensee who shall remit the contributions to NERC pursuant to a Regulation to be established.

The Act, in Section 87 provides punitive measures for defaults in payment of contributions within the prescribed time period up to three times the amount owed.

The Rural Electrification Fund by Section 88 (12) of the Act shall consist of capital and assets from any assets appropriated pursuant to Section 53 of the Act, fines obtained by NERC, donations, gifts or loans made by International Agencies, State or Federal Governments or other entities, contributions made pursuant to Section 90 of the Act, interest or other benefits accrued to the Agency, monies appropriated by the National Assembly and such percentage of the annual turnover of the licensee as may be determined by NERC.

Sections 90 and 89 (1) of the Act makes it clear that eligible customers, and consumers liable to contribute to the Fund shall contribute to the rural electrification fund subject to the rate to be set by NERC applying the same methodologies required under the Fund, and Section 53 of the Act requires the commission subject to the approval of National Assembly to pay any surplus of the annual budget requirements of NERC into the REF.

If the provisions on cross subsidies under the Act are implemented it will drive home Government’s effort to completely unbundle the power sector and a cushion against any hardship that the present multi-year tariff order of the commission may have on Citizens living in the extreme poverty zones, and on the manufacturing and production sector of the economy.