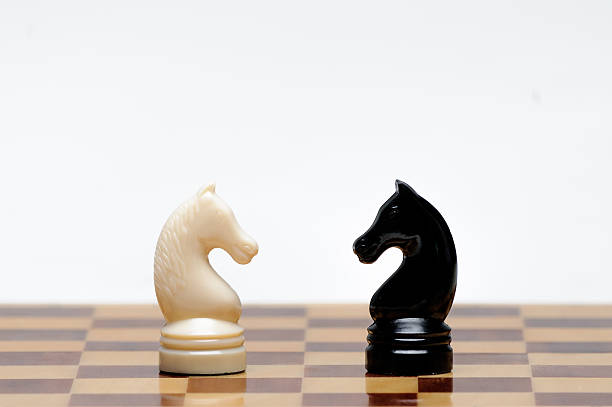 Although the question of competence of a firm (business name registration under CAMA 2020) to sue or be sued has been fairly settled by Courts’ decision, these judicial precedents are not very well known among legal practitioners, magistrates and, judges and business persons.

Part E, Chapter 1 of Companies and Allied Matters Act, 2020 (CAMA 2020) appears silent on whether a business name registration (otherwise known as enterprise) could sue in its own registered name or be sued similarly.

Nearly all Courts’ civil procedure rules have ample provisions allowing firms – we adopt the term firms to mean business name registration under CAMA 2020, whether as a partnership, that is having more than one proprietor or just a sole proprietor – to sue and be sued in its own name.

Interestingly, some magistrates and judges rather adopt the attitude of putting new wines in old wine skin in respect of cases filed by firms. Such honourable Courts gladly insist that any case (suit) filed in the name of the firm is incompetent unless accompanied by such qualifiers as “trading under the name and style of …”.

They find that the plaintiff or defendant who is a firm and had approached the Court in its own name, lacks competency to sue or be sued on the ground of lack of capacity – a matter that touches on the powers (jurisdiction) of the Court to hear the Suit.

MEANING OF CAPACITY TO SUE

It is a principle of law that the person who brings an action or Suit before the Court or a person against whom a Suit or an action is commenced against must be a person either artificial or natural.

Given that the question of capacity or competence to sue or be sued is a jurisdictional matter, either party to the Suit or the Court may point to that question at any time in any judicial proceedings.

In CORPORATE MESSENGERS LTD v. UNDERWATER ENGINEERING (NIG) LTD & ANOR (2017) LPELR -45216 the Court stated that “…the capacity to sue is a condition precedent to the jurisdiction of the trial Court to entertain the suit. It is therefore a preliminary issue which is extraneous to the hearing of the substantive suit itself. Capacity to sue is therefore a condition to be addressed before the commencement of the trial itself.’

‘The question of jurisdiction is very fundamental that it should be determined first by the Courts before starting any proceedings. If the Court proceeds without jurisdiction, all proceedings however well conducted amount to a nullity…”

WHO CAN SUE IN LAW

It is elementary that only natural persons and artificial persons having juristic personality are competent to sue and be sued before any law Court. ENWELU v. GIUMEX INVESTMENT LTD (2017) LPELR-42777.

Generally, no action or Suit can be brought by or against any party other than a natural person or persons unless such a party has been given by statute, expressly or implicitly or by the common law, either:

COMPETENCY OF A SUIT FILED BY A FIRMS

Firms include business enterprises, law firms, and other small and medium enterprises registered or deemed registered under Part E, chapter 1 of CAMA 2020.

The rights or capacity of firms to sue or be sued in its name without adding any of such qualifiers that include “trading under the name and style of…” has suffered scathing arguments before the Courts, to the detriments of the ordinary business man and professionals.

The Supreme Court Justices, in ATAGUBA & COMPANY V. GURA NIGERIA LIMITED, S.C. 295/2000; (2005) LPELR-584, favourably resolved that a firm can be sued or sue in its own under certain Court Rules in Nigeria.

In ATAGUBA & COMPANY V. GURA NIGERIA LIMITED (supra), the question was whether an action could be maintained against the firm in its own name, the firm not being a person recognized under any laws, that is, an artificial person in law.

The Supreme Court considered Order 11 Rules 9 and 26 of the Kaduna State High Court (Civil Procedure) Rules, 1987, in holding that Ataguba & Company though not a juristic person can sue or be sued in its own name.

The Kaduna State High Court Rules provided that “any two or more persons claiming or alleged to be liable as partners may sue or be sued in the name of the firm in which they were partners when the cause of action arose; and any party to an action may in such case apply to the court for a statement of the names and addresses of the persons who were, when the cause of action arose, partners in any such firm, to be furnished in such manner, and verified on oath or otherwise, as the court may direct’.

‘Any person carrying on business within the jurisdiction in a name or style other than his own name may be sued in such name or style as if it were a firm name and; and so far as the nature of the case will permit, all provisions relating to proceedings against firms shall apply.”

Similar provisions the Kaduna State High Court Rules exist in nearly all High Court or Magistrate Court Civil Procedure Rules in Nigeria. Order 4 Rule 5 of the Lagos State Magistrates’ Court (Civil Procedure) Rules 2009 (the “Court’s Rules”) that provides “where partners sue or are sued in the name of their firm, the partners may be ordered by the Court, on application by any other party, to furnish a statement verified by affidavit of the names and addresses of the persons who were partners in the firm when the cause of action arose and, in default of compliance the proceedings shall be stayed or the partners shall be barred from defending the action, according to whether they are claimants or defendants.”

While Order 5 Rule 2 of the Court’s Rules amply provides for service of court processes on partners in any Firm. The Court of Appeal in NTO ANDREW O. ANSA & ORS. V. THE OWNER/MANAGING DIRECTOR RVL MOTORS (2008) LPELR-8570 held that the “general rule is that only natural persons, (human beings) and artificial or juristic persons (bodies corporate) have the capacity to sue and/or to be sued, these being the entities vested with legal rights and obligations. However, non-corporate statutory bodies can also sue and be sued. A firm carrying on a business can sue and be sued under the registered business name.

In its Judgement, the court per Honourable Justice A. B. Mohammed of the High Court of the FCT, held that by the express provisions of Order 10 Rule 27 of the Rules of the Court and the judicial decisions, it is clear that Richway Ventures, the plaintiff in the case, is seized with the capacity to sue and be sued in that name.

In SOCIETAL GENERALE FONDATION NIG LTD v. EMMOL NIG ENTERPRISES (2006) LPELR-11770 the Court of Appeal held that the Plaintiff in that case, a firm registered as a business name, had the right to sue in its registered firm name pursuant to Order 11 Rules 9 and 26 of the High Court Civil Procedure Rules of Cross River State.

In view of the judicial decisions above and under certain Court’s Rules, a firm can validly sue or be sued in its own name in Nigeria, this is irrespective of whether the Firm is a firm of partners or just consists of an individual.