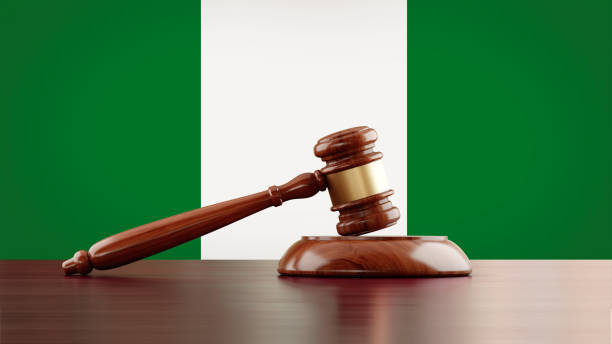 We know that practices by Magistrate and Counsel in Lagos State negate built-in speed in the interlocutory or interim application, and deny the Lagos State Government access to this ever-flowing revenue stream.

Specifically, the result of an interim or interlocutory application is a court order granting or refusing the applicant’s requests.

Interim order, according to the Black’s Law Dictionary (9th Edition) is “a temporary court decree that remains in effect for a specified time or until a specified event occurs”.

While the same dictionary defines an interlocutory order “as an order that relates to some intermediate matter in the case; any order other than a final order”.

Interlocutory applications and orders abound in civil proceedings in Magistrate Courts. It may result from an ex parte application – by one party only – for leave to serve a defendant outside Lagos State, for substituted service, to call an additional witness, to summon a witness, or for a restraining order.

Generally, the Magistrate court is a court of summary jurisdiction and a training ground for advocates or counsel.

Yet, in practice, the crystal process enshrined in Or. 9(1) of the (Lagos State) Magistrates’ court (civil procedure) rules 2009 (the “Magistrates’ Court Rules”) is not followed.

On the date set for the hearing, usually not more than 1 month, both Counsel will argue the application before the Magistrate, and the Magistrate may give a bench ruling or adjourn to a later date for the ruling or order.

Instructively, Or. 9(1) of the Magistrates’ Court Rules require the following process flow (the “process flow”):

To eliminate all doubts as to how the process flow is applied, Or. 9(1) (7) of the Magistrates’ Court Rules clarifies that “all applications for stay of execution of a judgment or for permission to appeal the decision of a Magistrate shall be considered and determined in open court.”

To our mind, this immediately removes doubt as to the process flow of interlocutory applications in the Magistrates’ Court in Lagos State.

Pointedly, every interlocutory application – with the exception of a stay for the execution of a judgment or leave to appeal against a judicial decision – does not require to be argued in open court or that the ruling be delivered in an open court.

Another exception to the process flow respects an application to abridge time under Or. 9(5) of the Magistrates’ Court Rules. A Magistrate may make an order in open court abridging time although the application is not made to the Magistrate in chambers.

We submit that obedient compliance to the process flow for interlocutory application guarantees the limitation on the number of adjournments in contested or uncontested cases before a Magistrate in Lagos State.

Together with the 10 days’ limit on any adjournment, from the trial date to the close of trial.

The limits on adjournments become glaringly credible if the process flow for applications is religiously followed in civil proceedings before Magistrates in Lagos State.

Essentially, the Magistrate is required to sit during trial or during the limited exceptions to the process flow. This means that the ambience of Magistrate’s chambers must encourage study and good writing.

In a certain sense, the Magistrates’ Court Rules – an underutilized innovation, 12 years after – is a forerunner of the now lauded remote work.

Order in Writing: A Risk on the Health of a Magistrate?

We admit that the Magistrates Court is a training camp for advocates or counsel who will become appellate counsel, magistrates, judges, senior advocates or general counsel, or partners in a law firm.

Writing skills are common to a good lawyer. Intangible benefits of writing include clear thoughts, clarity of expression, brevity, and a corresponding good reading habit.

Ensuring the process flow for interlocutory or interim applications and resultant orders in chambers will not only enhance access to justice but increase revenue streams for Lagos State Government.

A simple web application could ensure that orders are uploaded online, and certified true copies are available on demand download, after paying a fee.

Alternatively, each Magisterial district may, through a private-public partnership, set up a quasi-document room that emails certified true copies of court orders to applicants on receipt of proof of payments or confirmation of payment.

In our clear view, this will ensure work-life balance for the Magistrates and increase their productivity. Why travel more than 3 kilometers – from home to the courtroom – to hear applications that may otherwise be resolved in a written judicial decision?

In any case, every ruling is in writing. A breach of the process flow creates needlessly repeated efforts, for the Magistrates who are generally overworked.

Expressions showing a dichotomy between practice and required procedures are rife among legal practitioners in Nigeria. This need not be!  When a process is not aligned to procedures, it could be due to culpable or inculpable ignorance or lack of responsibility, or unrealistic processes.

Processes and procedures should be suited like a hand in a glove. We submit that Counsel and Magistrates within Lagos State should ensure that the process flow for applications in Magistrate Courts is diligently followed.

While the Chief Judge, the State’s judicial commission, NBA branches within Lagos State, and other stakeholders that include Law Pavilion should see to it that the process flow is automated for transparency, accountability, and access to justice.

Compliance with the process flow ensures speedy dispensation of civil claims within the required adjournments. As well as guarantees a revenue stream to the Lagos State Government.