NIGERIA’S CONSUMER PROTECTION REGIME: A DUSTER ON VALIDITY OF LIMITATION CLAUSE IN DOMESTIC CARRIAGE OF GOODS? 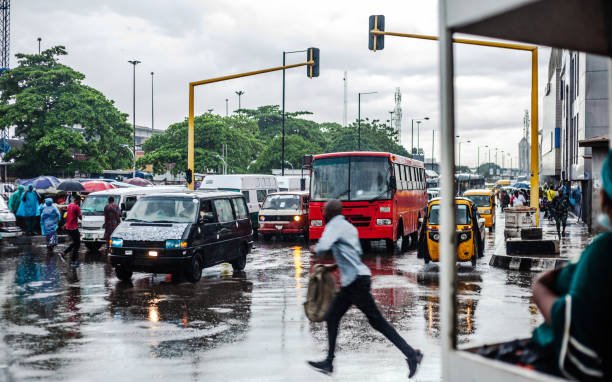 The regulatory landscape of Nigeria’s competition and consumer protection regime was greatly improved from 1st January, 2019, when the federal competition and consumer protection act, 2018 (herein referred to as “FCCPA”), became operative. In this article we seek to evaluate the validity of limitation clauses in domestic carriage of goods in Nigeria otherwise known as courier services vis-à-vis the changes FCCPA introduced.

Prior to FCCPA, consumers in Nigeria endured very hurtful customer relationship with domestic carrier of goods (herein referred to as “courier companies”) that began to blossom after NIPOST (Nigerian postal services) started to fail – federal government’s attempt at revamping NIPOST is at its early stage and we hope for results that favour Nigerians.

Without intending to hurt itself, courier companies, that include international brands such as DHL and UPS and fully Nigerian owned companies such as IFEX (an early bird) together with latter brands began to limit liabilities for all losses arising from lost consignments, in all their standard form contracts.

In reaction to courier companies’ unfriendly and unsecured consumer relations, the business of untaxable courier of goods through commercial bus drivers emerged – perhaps, an instinctual business innovation and model.

Why patronize courier companies when security of their services is, more or less, equal to customer’s independent engagement of commercial drivers – who oftentimes do not record losses, discount courier cost even though it is unreceipted.

As Nigerians continued to endure this dehumanizing commercial experience, scholars sought to examine and recommend solutions yet, governments at all level nearly looked on with askance – even as it suffered tax leakages.

In a year 2007 work on unfair terms in consumer contract in Nigeria: the need for stricter statutory control, F.O. Ukwueze, noted that “standard form contracts often contain exclusion, exemption or limiting clauses which are unjust.”

Standard form contracts are pre-prepared agreements that are generally non-negotiable, a matter of take-it or leave-it.

The objective of the FCCPA include to promote and maintain competitive markets in the Nigeria economy, promote and protect consumers’ interest and welfare by providing consumers with wider variety of quality products at competitive prices as well as to prohibit restrictive or unfair business practices which prevent, restrict or constitute an abuse of a dominant position or market power in Nigeria.

“DHL’s liability in respect of any one Shipment transported by air (including ancillary road transport or stops en route) is limited by the Montreal Convention or the Warsaw Convention, as applicable, or in absence of such Convention, to the lower of (i) the current market or declared value, or (ii) 22 Special Drawing Rights per kilogram (approximately $US 30.00 per kilogram).”

Where domestic shipment is carried only by road, DHL, claims that in the absence of any mandatory or lower liability limits in the applicable national transport law,  “DHL’s liability is or shall be deemed to be limited by the Convention for the International Carriage of Goods by Road (CMR) to the lower of (i) current market value or declared value, or (ii) 8.33 Special Drawing Rights per kilogram (approximately $US 11.00 per kilogram).

According to DHL, any customer who regards these limits as insufficient must make a special declaration of value and request insurance as described in Section 8 or make its own insurance arrangements. “DHL’s liability is strictly limited to direct loss and damage to a Shipment only and to the per kilogram limits in this Section 6. All other types of loss or damage are excluded (including but not limited to lost profits, income, interest, future business), whether such loss or damage is special or indirect, and even if the risk of such loss or damage was brought to DHL’s attention.”

We note that Nigerian courts tended to enforce those customary clauses that limited liabilities of courier companies before FCCPA.  DHL International Nigeria Limited v. Mr. Segun Apata, which was a sharp turn from the generalized judicial attitude in Nigeria suffered a technical knock-out on appeal.

Mr. Apata, an artist, had couriered his art works to his United States based customer through DHL who reported the consignment as lost. When Mr. Apata sued DHL at Oyo State High Court for damages for lost consignment, DHL invoked its customary limitation clause above and the Judge gave judgment to Mr. Apata.

Any courier companies’ attempt to limit its liabilities in respect of lost or damaged domestic shipment, in our view, is unlawful and unsupportable in view of its duties and customers’ rights under FCCPA.

Duties of courier companies under the FCCPA are not subject to the will of any parties in a courier service agreement. These duties include the duties not to make a courier agreement subject to any term or condition if:

FCCPA clearly provides that any courier services arrangement that contravenes any of the provision above is void and, unenforceable. We note that FCCPA prohibits exclusion or limitation of liabilities in respect of courier services.

May we point out that the customary 30 days’ time limit (limitation of action) within which courier companies’ customer are to report lost or damaged shipment cannot be enforced in the face of FCCPA that allows customers up to 3 (three) months within which to make any claims or report a damaged or lost shipment.

Following the principle of latter in time, the FCCPA reasonably overrides and nullifies the IATA Conventions or any other Conventions that are earlier than FCCPA on which DHL and other courier companies founded their right to limit liabilities in respect of damaged or lost shipment in Nigeria.

The FCCPA is not a new wine in an old wine skin. In respect of courier companies’ limitation of liabilities for damaged or lost shipment, the FCCPA is entirely a new wine yet to be savoured by Nigerians or residents. Because its far-reaching benefits are yet to be utilized across all market segments.

Courier companies are liable for lost or damaged domestic shipments. Any attempt to exclude liabilities is unlawful and unenforceable to the extent that it contravenes customers’ established rights under the FCCPA regime.

Given that courier companies now require customers to bear cost of insurance of couriered goods where its value is declared – this practice constitutes an assumption of risk or liability by the consumer for loss or liability in respect of couriered items. A matter prohibited by FCCPA.

In view of high cost of dispute resolution and Nigerians’ level of consumer rights awareness, we recommend that the federal competition and consumer protection commission should issue a regulation or directives in respect of domestic transport of goods, denouncing the current practice and among other things allowing customers to undertake insurance of shipment when shipment exceeds a minimum threshold.