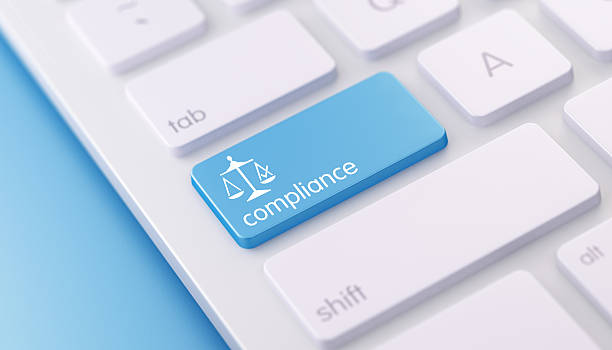 According to Justice Nnaemeka-Agu, a former justice of the Supreme Court of Nigeria, the language of the brief must be clear and simple. Mastery of the English language as it pertains to legal drafting is a key tool in attacking the Lower Court’s judgment in any brief.

Our aim is to publicize the clarity of thought that the eminent jurist, Nnaemeka-Agu (retired JSC) expressed in his book “manual of brief writing in the court of appeal and the supreme court of Nigeria” (the “Manual of Brief Writing”) on how an appellate counsel should use the following words:

While attacking the Lower Court’s judgment in any brief of argument before any appellate court in Nigeria. Our use of the word ‘judgment’ includes orders, rulings, and any other judicial pronouncements of a court or tribunal in Nigeria.

In AYODEJI & ORS v. OTITOLOJU (2016) LPELR-40568, the Court of Appeal held that “brief writing is a very serious business and must be taken very seriously not only in the argument advanced by counsel but also in the manner of presentation of the argument. There is also need not to make same unduly verbose, repetitive and inelegant.”

Essentially, every lawyer in Nigeria acknowledges the scholarly days of Nnaemeka-Agu, Augustine Nnamani, FRA Williams, Adetokumbo Ademola, Oputa, all retired justices of the Supreme Court of Nigeria, as the glorious days gone by.

It is incumbent on lawyers in Nigeria – as distinguished from Nigerian lawyers who may be anywhere in the world – to demonstrate that such deep work is being done within our jurisdiction in the face of all human distractions.

The field-of-play belongs to any lawyer who commits itself to the hard-refreshing-labour of going deep into one’s professional work or task.

The Court of Appeal held in AMACHREE v. INTERNATIONAL CIGARETTE CO. LTD & ANOR (1989) LPELR-20247 that “today, mastery of brief writing is mandatory to all legal practitioners who seek audience in the Supreme Court and the Court of Appeal in this country”.

The Manual of Brief Writing submits that a good brief must be able to teach and communicate. We dare to add that the capacity to tell a good story and to inform are evidently the good teacher’s terrain.

In a characteristic simplicity, the revered author of the Manual of Brief Writing clarified that, a good brief needs to use the right words to convey the right meaning.

According to the Manual of Brief Writing, good brief must use:

In OLURIN & ORS v. SANGOLANA & ORS (2021) LPELR-56280 the court of appeal held that ratio decidendi is the reason for the decision reached. The principle of law on which the Court’s decision is founded. The ratio decidendi of a case is determined upon consideration of the issues in dispute between the parties and the claim before the Court. The reason given by the Court for deciding the claim before it.

The Court in COMPACT DISC TECHNOLOGIES LTD & ORS v. MCSN (2010) LPELR-4006 affirmed the definition of obiter dictum in BLACK’S LAW DICTIONARY, 8th Ed. that “‘strictly speaking an obiter dictum is a remark made or opinion expressed by a judge, in his decision upon, a cause, by the way – that is, incidentally or collaterally, any statement of law enunciated by the judge or Court merely by way of illustration, argument, analogy, or suggestion…”

Finding of fact means a determination of a fact by the Court, averred by one party and denied by the other, and founded on evidence in a case. Although any affirmation of fact embodied in the Judgment of a Court may loosely be referred to as a finding on that fact, the term “finding of fact” is more appropriately employed to describe an affirmation of fact made after considering evidence. There is, therefore, a difference between reviewing the facts of a case and making findings of fact. The latter comes after evaluation of evidence. SOMADE & ORS v. JAIYESIMI & ORS (2006) LPELR-11866(CA

This observation differs from an obiter dictum because it arises or relates to the fact of the case before the court. This type of observation is more or less the premise for a conclusion.

BLACK’S LAW DICTIONARY, 9th Ed. defines inference as a “conclusion reached by considering other facts and deducing a logical consequence from them.

The Manual of Brief Writing affirms that English is a commercial language with many shades of meaning or synonyms. Yet not all synonyms can be reasonably substituted.

It is ridiculous for an appellate counsel or lawyer to employ the simple verb “say” in place of “said” in reference to an obiter dictum.

Finally, the author of the Manual of Brief Writing enjoins every appellate counsel or lawyer to write tersely and without embellishment. Brevity and accuracy are the twin sisters of a good language in any well-written brief.

We recommend the Manual of Brief Writing as a timeless guide on the subject in addition to every other good book on brief writing.